I really wonder why so many of the public holidays here in the UK are grouped around the April/May period. I suspect that it has something to do with needing to give people a well earned break at the end of the financial year. Don’t get me wrong, I am in no way complaining as I merrily spent the first May long weekend in Welsh-land aka Wales.

In search of real welsh food, we didn’t unveil anything earth shaking. The free roaming herds of sheep on the welsh rolling hills suggested that lamb was abundant, but cooked it was nothing beyond… roast lamb. 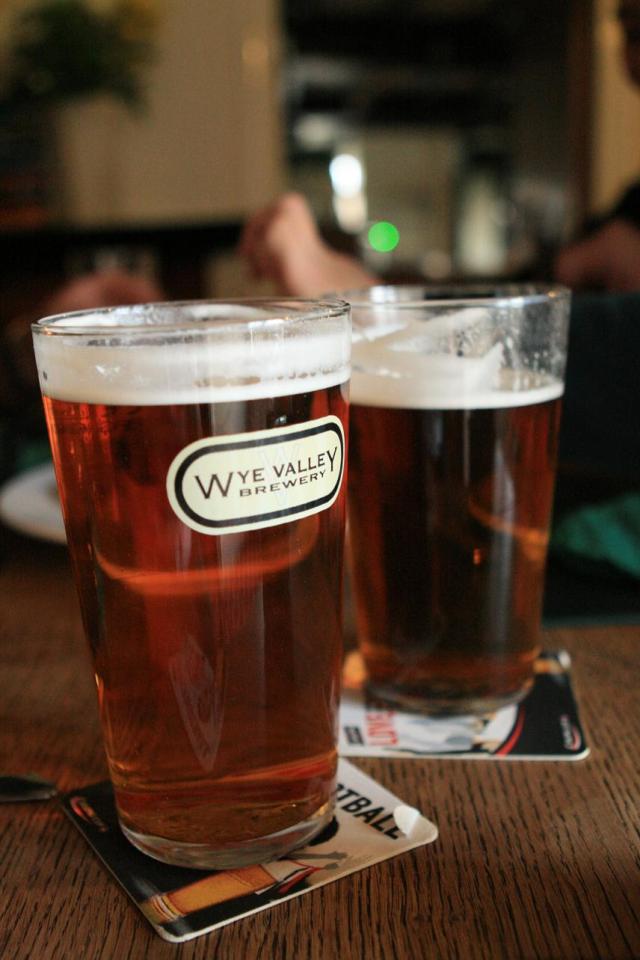 With tight budgets, we turned to local pubs to provide us our welsh food fix. Our first find, in Aberlynfi just outside of Hay-on-Wye, a little road side pub packed with locals on a Friday night. After a few pints of Wye Valley beer (English not Welsh apparently), we ordered a few starters to graze on including salt & pepper whitebait and Welsh rarebit.

The salt & pepper whitebait was quite nice, though strangely breaded and battered. The end result was the same crispness, with extra breaded texture…

A pretty decent bar snack which the four or us happily devoured in a record few secondsThe Welsh rarebit was ordered out of pure intrigue. Was it rabbit? Something rare – we had to find out. Unfotunately as it turns out, rarebit is nothing more than grilled cheese on toast. Tasty grilled cheese mind you, but not as exciting as we had anticipated.

In typical pub fashion, I ordered myself a steak and Guinness pie. Without high expectations (after all we were in the middle of nowhere), my pie turned out to be absolutely delicious, chock full of tender beef chunks, served alongside hand cut chips. The other popular choice that night was the fish and chips – but being so satisfied with my pie, I didn’t even consider wasting precious stomach space to sample it. 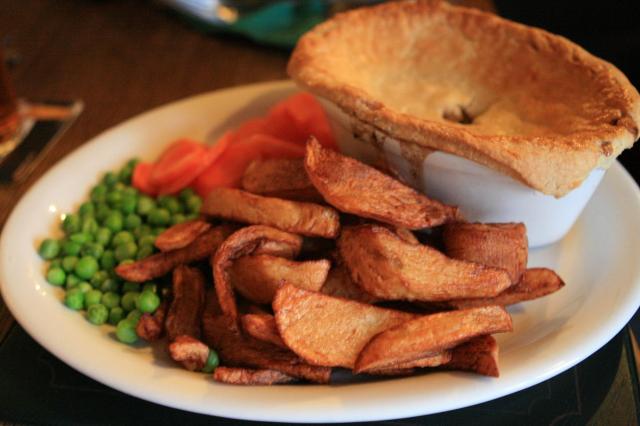 We spent out second night in Wales in the Pembrokeshire Coast, hitting up a pub in Tenby for a good nights meal. Self proclaiming itself as Tenby’s oldest pub, and the fact that it was just choca-block of diners at 6pm, we knew we had found our place.

The place we had found, really was the united nations of tenby pubs. Not only did the menu contain classic pub grub, a fair Thai selection made up half the menu, as well as Indian (Chicken tikka masala isn’t really Indian I guess), and some splashes of Chinese (well a sweet and sour variation at least).

In search of Wales’ best pie, I again chose the pie option. This time a Chicken, leek and mushroom cream pie. Others in the pack ordered a Thai red duck curry, a creamy pork dish and chicken tikka masala.

When the meals arrived, I nearly fell of my seat. The portions were absolutely huge and for a second I felt like I was being served a American diner portion of food. My pie was literally the size of my face chock full of tender chicken, creamy leaks and mushrooms. It was so delicious that even though I was stuffed after eating just half, I pushed to consume just a little more. Reports around the table were all thumbs up, and we were particularly impressed with the Duck curry.

Overall a good weekend of tasty (but stodgy) food, loads of beer and good company.

This entry was posted in Uncategorized and tagged pub, wales. Bookmark the permalink.